Our leader, company President Steve Barkhouse, doesn’t like to brag, but we feel it’s important to recognize the huge honour he received last week when he was named to the Order of Ottawa!

The Order celebrates the city’s outstanding citizens, recognizing their exceptional contributions in many areas, including business, philanthropy, education and much more.

“I’m tremendously humbled to be part of such an incredible group of people who contribute so much to our great City,” he said following Thursday’s presentation. Calling it a real team effort, he went on to say that it’s thanks to the strength of the Amsted team, that he has been able to take the time to achieve personal goals both over the course of the company’s history, and especially in the last few years.

Steve, pictured above in the back row, second from the right, was chosen for this great honour for many reasons, as testimonials from his colleagues show.

“I have seen firsthand through his business pursuits and personal endeavours the commitment he brings to this City,” his business partner and long-time friend, Kirk Haw, wrote in nominating Steve. “Steve generously shares his good fortune and his time for the betterment of our industry and this City, which he is proud to be an active part in.”

That sharing includes countless ways of giving back, such as championing the revitalizing of aging infrastructure at Camp Smitty through a family and friends volunteer weekend every fall for more than a decade. The efforts have meant a savings of over $500,000 for the camp, which is a Boys and Girls Club of Ottawa initiative that ensures children of all means have access to the summer camp experience.

“After many years of support from Amsted, the camp has become a wonderful gem and is now over-utilized by the thousands of children and youth we host at the site every year,” Adam Joiner, Director of Programs for the Boys and Girls Clubs of Ottawa said in his letter of recommendation for Steve’s nomination. “To say that I am impressed with Steve and Amsted’s commitment to supporting the community would be an understatement.” 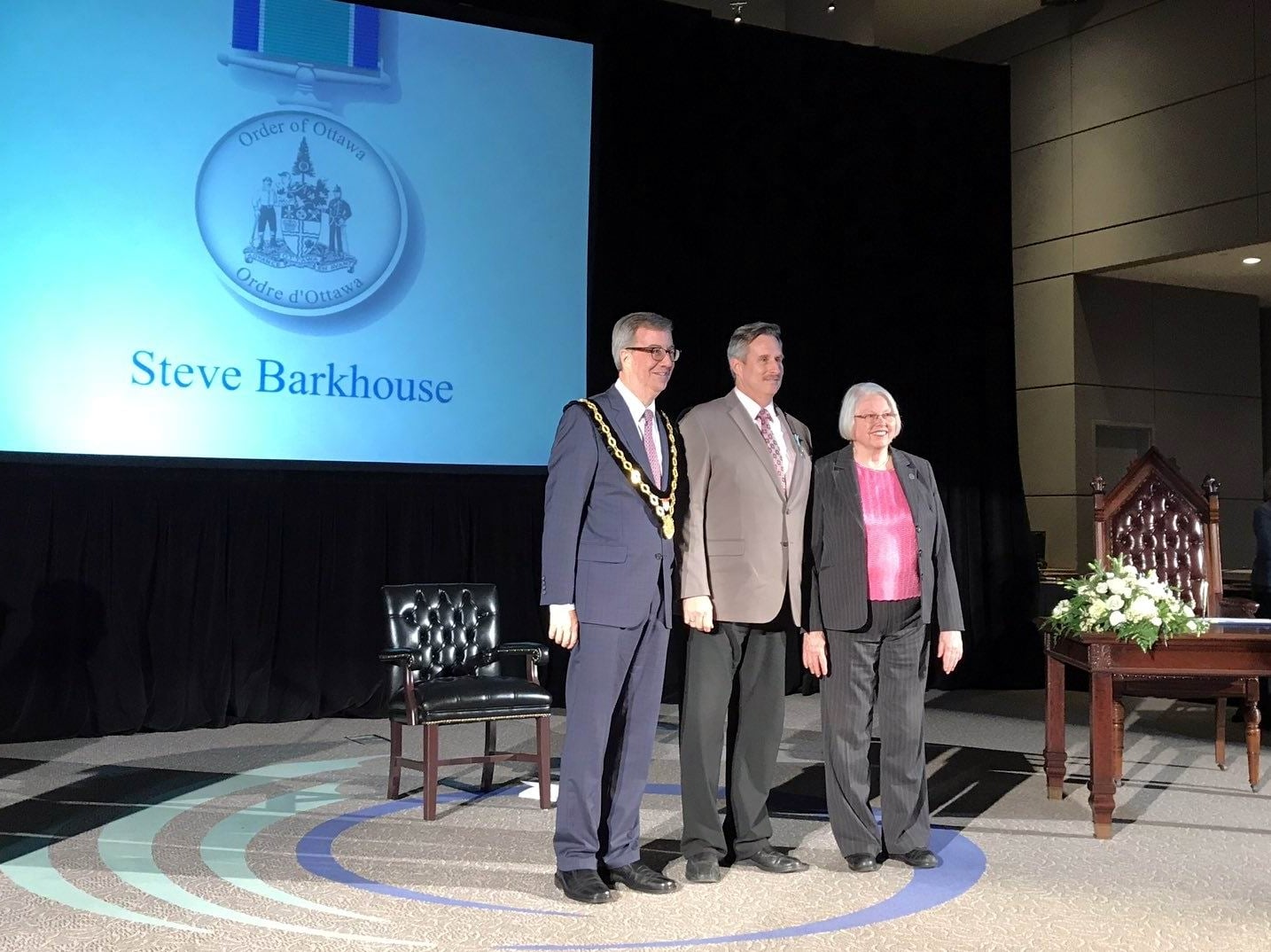 Steve also sits on the club’s facility committee, where he lends his expert advice on construction, allowing for better decision making when it comes to facility spending.

In fact, Steve has been involved with many boards, including a long-standing commitment to his alma mater, Algonquin College, where he graduated from the Business Administration – Human Resources Management program in 1988 before launching Amsted the following year. Steve sits on the Board of Governors and has been on past advisory committees, helping the college raise millions of dollars in funds to build the new Algonquin Centre for Construction Excellence.

“His strong commitment to the College and to its contribution to the prosperity of the City began shortly after he graduated, and is clearly evident in the many ways that he has given of his time, treasure and talents over the past 25 years,” said Algonquin President Cheryl Jensen in her letter of support. “He believes strongly in the vision, mission and core values at Algonquin and the critical role that it plays so strongly in society.

But his commitment to supporting education does not end with the college. Steve is devoted to the mentorship of youth, said Kirk, who noted that Steve regularly speaks on leadership and entrepreneurship, hires and supports carpentry apprenticeships, and personally mentors students who reach out.

Steve has also had a long-standing involvement with the Greater Ottawa Home Builders’ Association (GOHBA), an umbrella group that acts as the voice of the local housing industry. Amsted has been a member since the company was formed and Steve served as GOHBA president from 2002-2003, as well as being chair of the Renovators’ Council and an integral part in bringing the RenoMark program to Ottawa (it’s now a national program for renovator standards).

“He believes in contributing freely to the community at large, the industry he is involved with, and to a broad range of people and groups who may not have been as fortunate as he has in life,” said GOHBA executive director John Herbert in his letter of support.

We here at Amsted feel fortunate to have him as our leader and are thrilled with the recognition of his contributions through the awarding of the Order of Ottawa. Congratulations, Steve!